MITSUBISHI MOTORS took on the challenge of international rallying in 1967, and when the World Rally Championship (WRC) was created in 1973, they took part in the world's highest level of sprint rallying. A rally is a competition in which the competitors achieve maximum performance with cars based on production models. Teams compete against each other through timed special stages characterized by various road conditions such as tarmac (paved roads), gravel (unpaved roads), snow, etc. Over the years the baton has been passed down from earlier generations, starting with the MITSUBISHI COLT, STARION, GALANT, and the LANCER. All were particularly effective on rough gravel rallies. The LANCER EVOLUTION was packed with technology inherited from many years of rally participation. It reached its zenith by winning four consecutive World Drivers' Champion titles from 1996 to 1999. 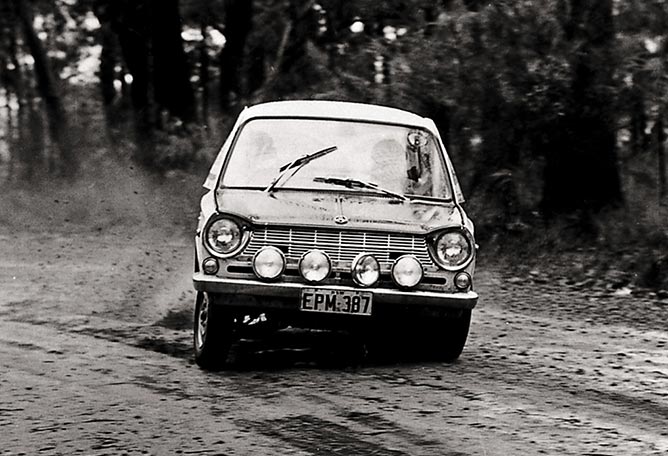 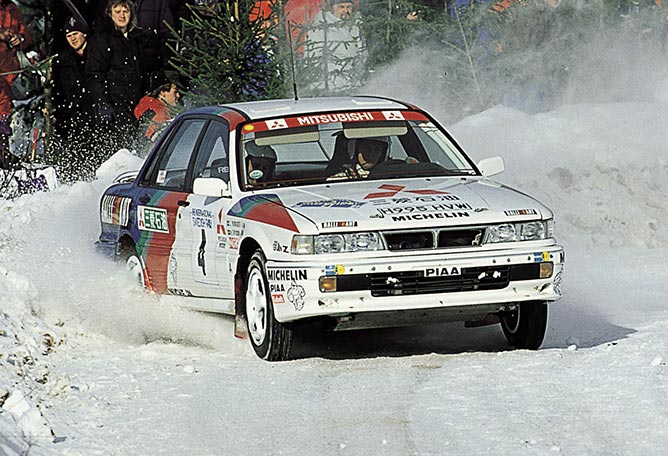 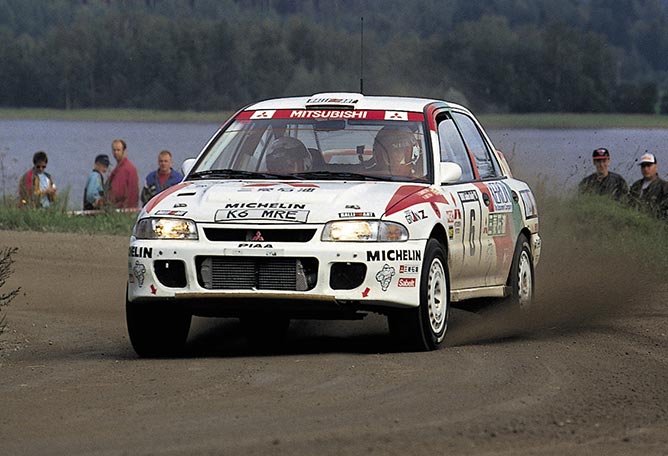 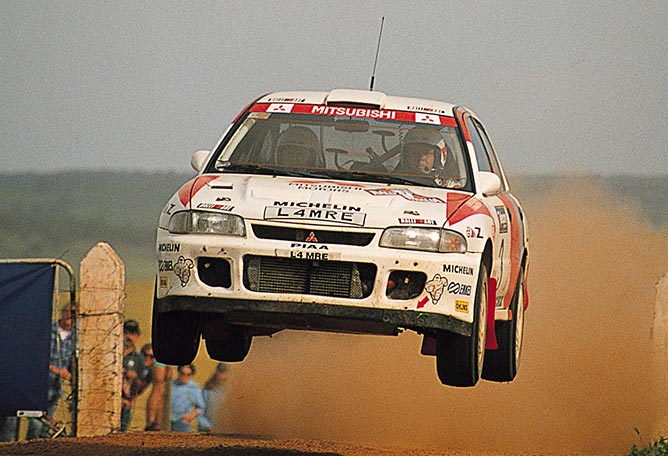 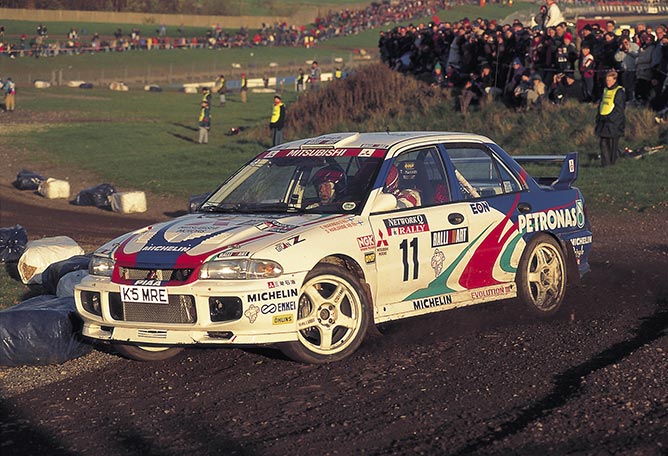 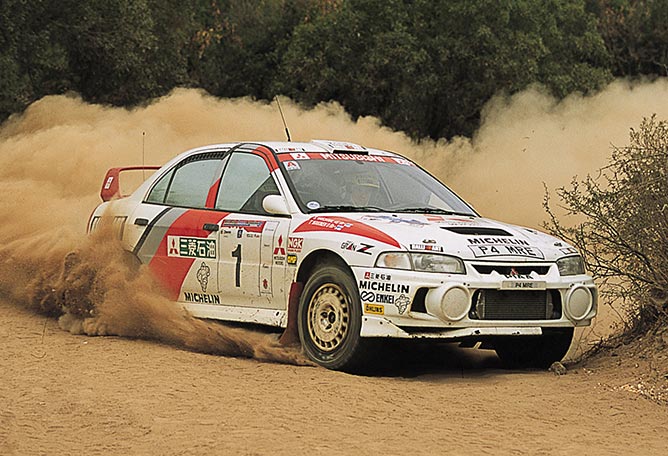 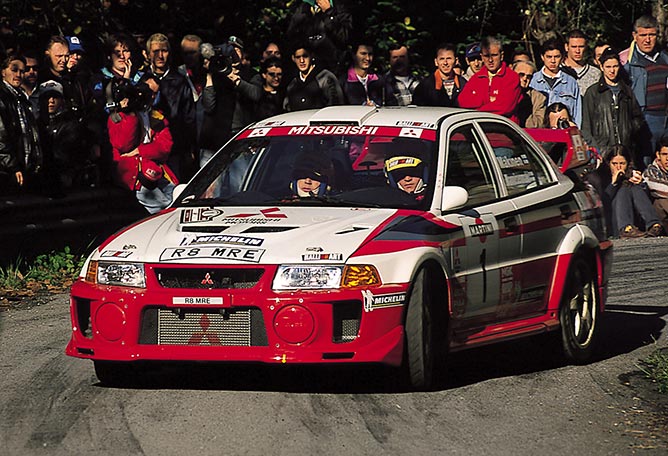 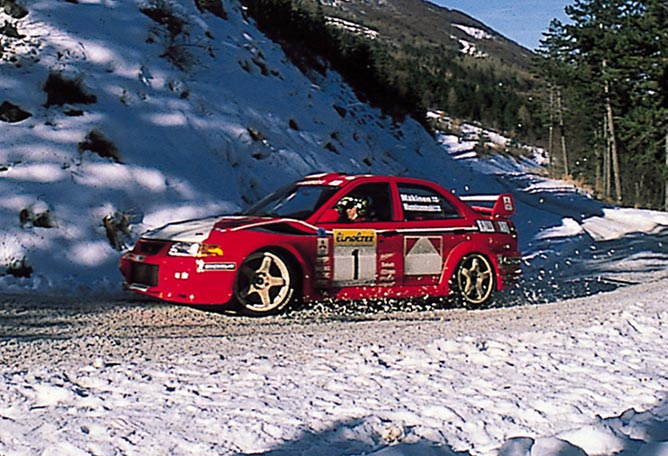 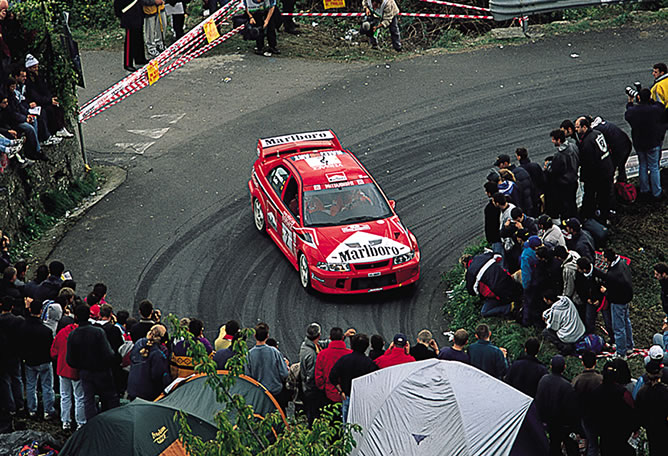 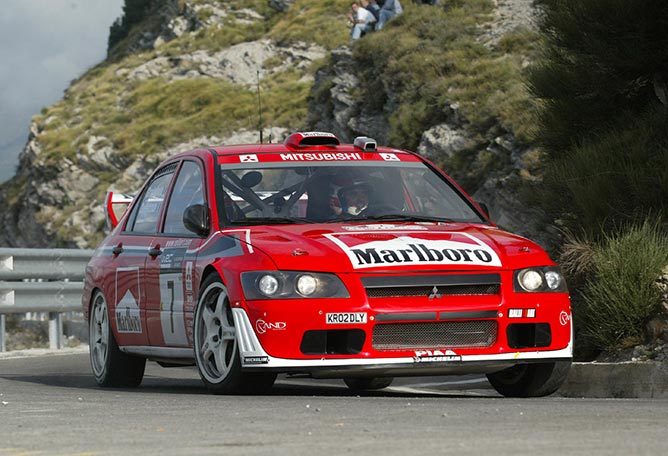 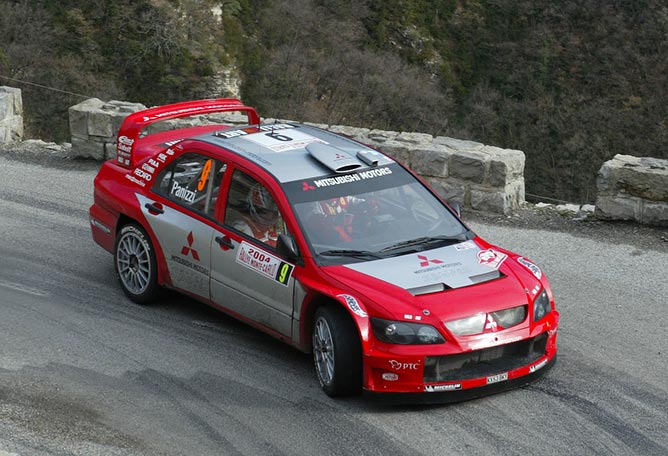 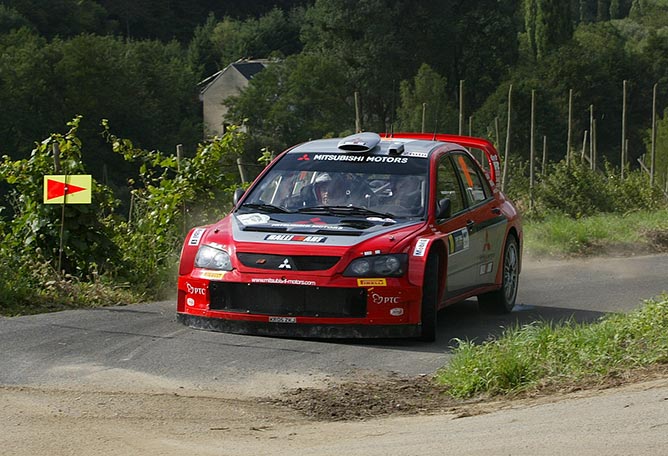