Tokyo, July 15, 2022 – Mitsubishi Motors Corporation (hereafter, Mitsubishi Motors) announced that Team Mitsubishi Ralliart, which will compete in the Asia Cross Country Rally (AXCR) 2022 with Mitsubishi Motors' technical support, has conducted endurance tests of the Triton rally car on an off-road course in Thailand on June 27th and 28th, confirming that preparations for the rally are proceeding smoothly.
Video of the testing: https://youtu.be/lIgH6KQDF_c
The endurance tests subjected the car to high loads comparable to those expected in the rally and focused mainly on the reliability and durability of the chassis and engine. To test the performance of the rally car in an environment similar to that of the actual course, the Team used a 10-kilometer course that combines a high-speed range, rough gravel road and a narrow, winding forest course.
"Since the Triton has a robust chassis frame and an excellent handling performance, we decided to reduce the vehicle weight at a minimum for the rally modification while leveraging its original strength as much as possible," said Hiroshi Masuoka, team director of Team Mitsubishi Ralliart. "Having covered more than 800 kilometers in two days, the rally car showed its great performance throughout the tough endurance tests as we expected, and now we are confident that our preparation is on the right track."
AXCR is a grueling, week-long, 2,000-kilometer cross-country rally that races through the unique natural terrain of Southeast Asia. Normally held in August of each year, the rally was canceled in 2020 and 2021 due to the COVID-19 pandemic. This year, the dates for the rally were pushed back to November 21st to 26th, and the course will be about 1,700 kilometers long, beginning in Buriram in the northeast of Thailand before crossing into Cambodia and ending at the World Heritage site of Angkor Wat.
Triton rally car overview
The Triton rally car is classified as a Fédération Internationale de l'Automobile (FIA) Group T1 rally car (prototype cross-country vehicle). Based on the Thailand-specification double-cab model, the car’s hood, front and rear doors, interior and other parts have been lightened, while the body has been strengthened with a roll cage and under guards. The dedicated rally car suspension provides superb handling characteristics, while the front and rear limited-slip differential (LSD), large-diameter off-road tires and lightweight alloy wheels dramatically improve handling on rough road surfaces. Tuning of the 2.4 L diesel turbo engine has focused on reducing friction loss and weight, and improving responsiveness in the mid-speed ranges frequently used in rallies. Some AXCR stages include river crossings, so water-proofing modifications have also been added, such as stronger sealing and an air-intake snorkel.
Partner companies
Team Mitsubishi Ralliart participates in the AXCR 2022 with the support of the following eight partner companies (in alphabetical order).
Rally overview
The 27th AXCR 2022 will begin on November 21st with a ceremonial start held in Buriram, in the northeast of Thailand near the Cambodian border. The competition begins the next day on the 22nd, with the first half of the rally centered on Buriram. The course then crosses the border into Cambodia on the 25th and finishes on the 26th at Siem Reap, home of the Angkor Wat World Heritage site. Covering approximately 1,700 kilometers, the course this year is expected to be as grueling as ever, with a wide range of terrain such as mountains, jungle, muddy roads, river crossings, sand dunes and circuits that will demand vehicle handling and durability at a high level. The skills of drivers and teams alike will be put to the test by the complex terrain and unpredictable weather conditions that the wild nature of the route will present.
About Mitsubishi Motors
Mitsubishi Motors Corporation (TSE:7211) —a member of the Alliance with Renault and Nissan—, is a global automobile company based in Tokyo, Japan, which has about 30,000 employees and a global footprint with production facilities in Japan, Thailand, Indonesia, mainland China, the Philippines, Viet Nam and Russia. Mitsubishi Motors has a competitive edge in SUVs, pickup trucks and plug-in hybrid electric vehicles, and appeals to ambitious drivers willing to challenge convention and embrace innovation. Since the production of our first vehicle more than a century ago, Mitsubishi Motors has been a leader in electrification—launched the i-MiEV –the world's first mass-produced electric vehicle in 2009, followed by the Outlander PHEV –the world's first plug-in hybrid electric SUV in 2013. The company announced a three-year business plan in July 2020 to introduce more competitive and cutting-edge models, including the Eclipse Cross (PHEV model), the all-new Outlander and the all-new Triton/L200.
For more information on Mitsubishi Motors, please visit the company's website at
https://www.mitsubishi-motors.com/en/ 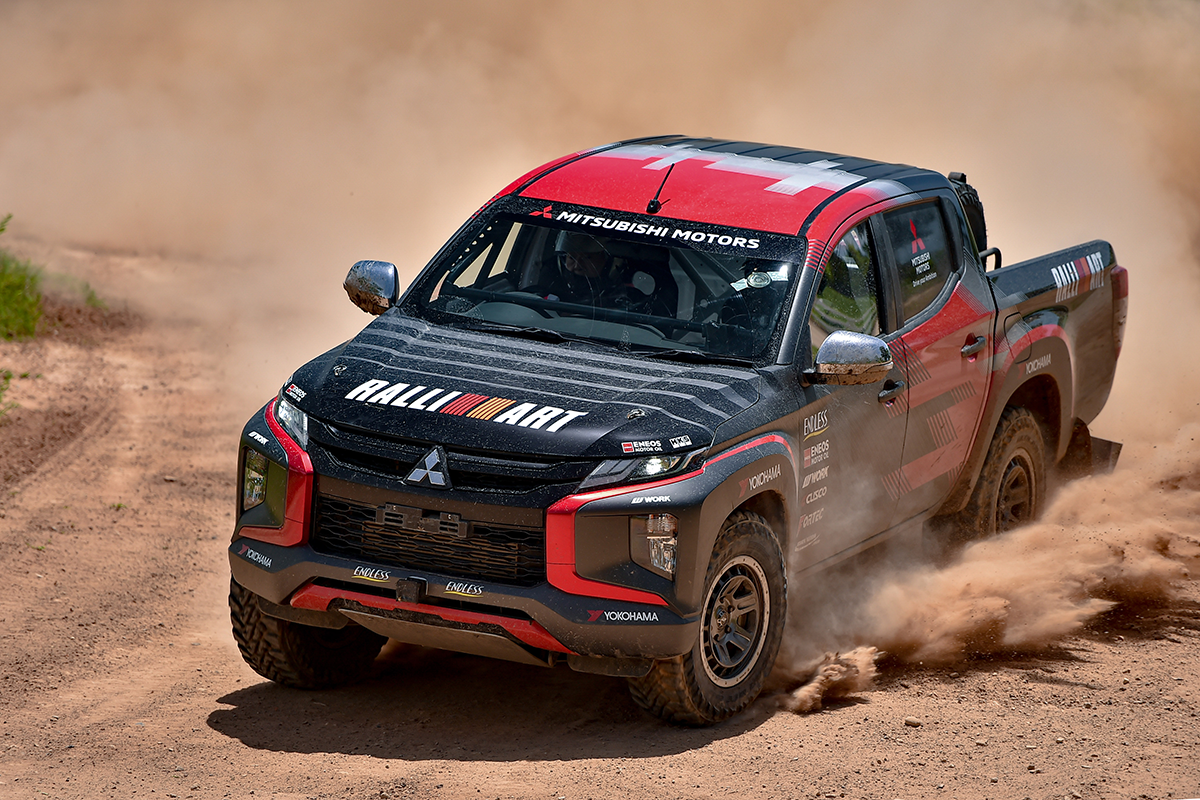 Testing of the Triton Rally Car1

Testing of the Triton Rally Car1 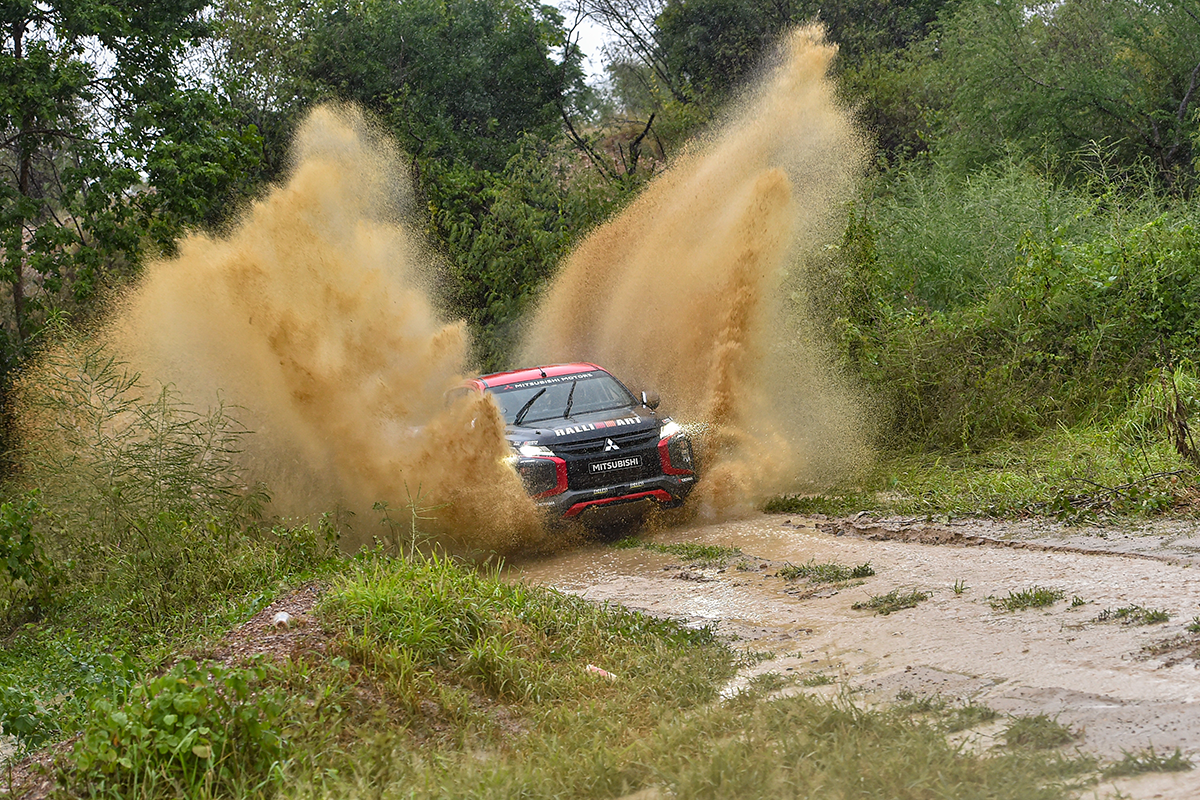 Testing of the Triton Rally Car2

Testing of the Triton Rally Car2 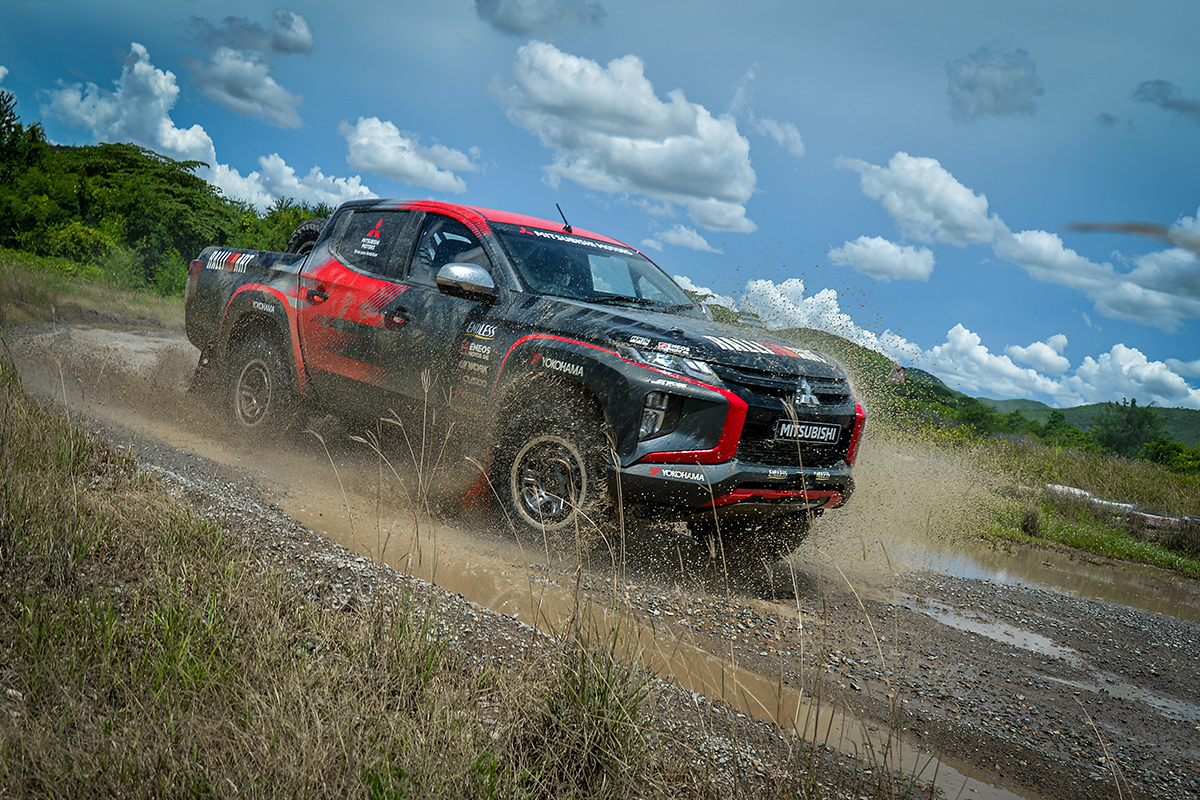 Testing of the Triton Rally Car3

Testing of the Triton Rally Car3 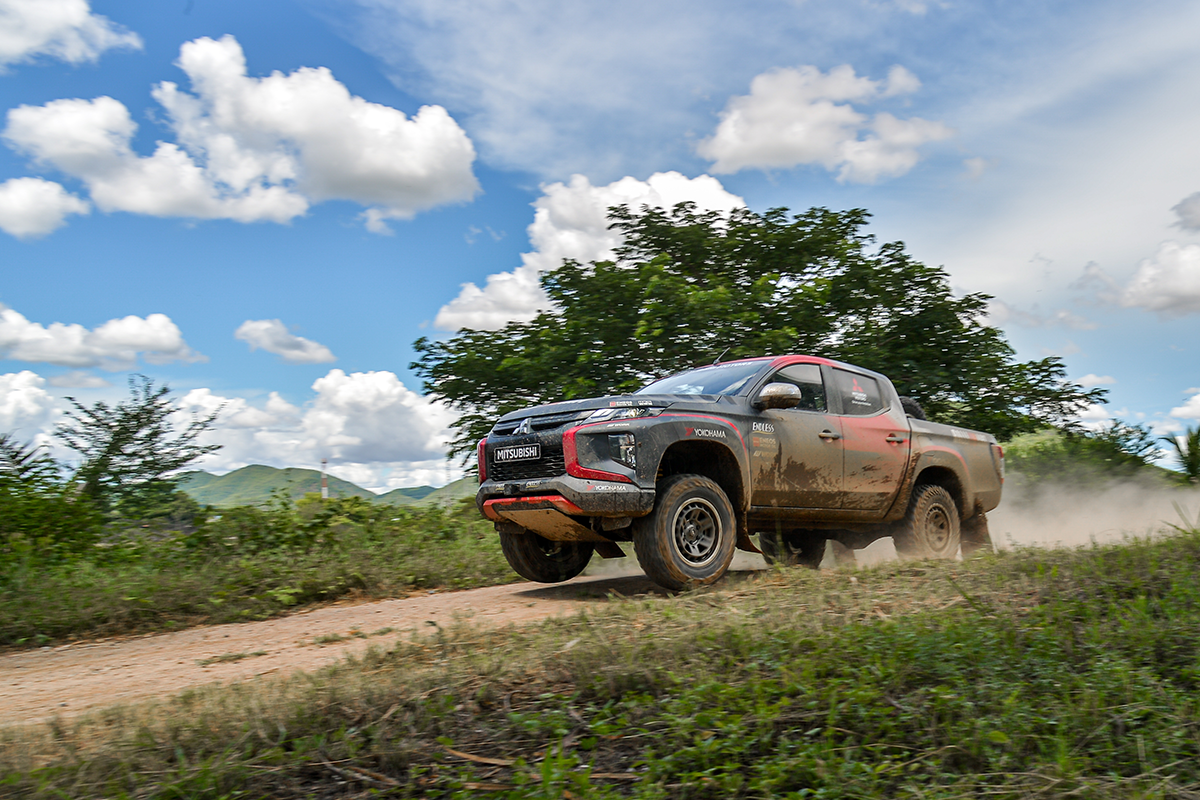 Testing of the Triton Rally Car4

Testing of the Triton Rally Car4 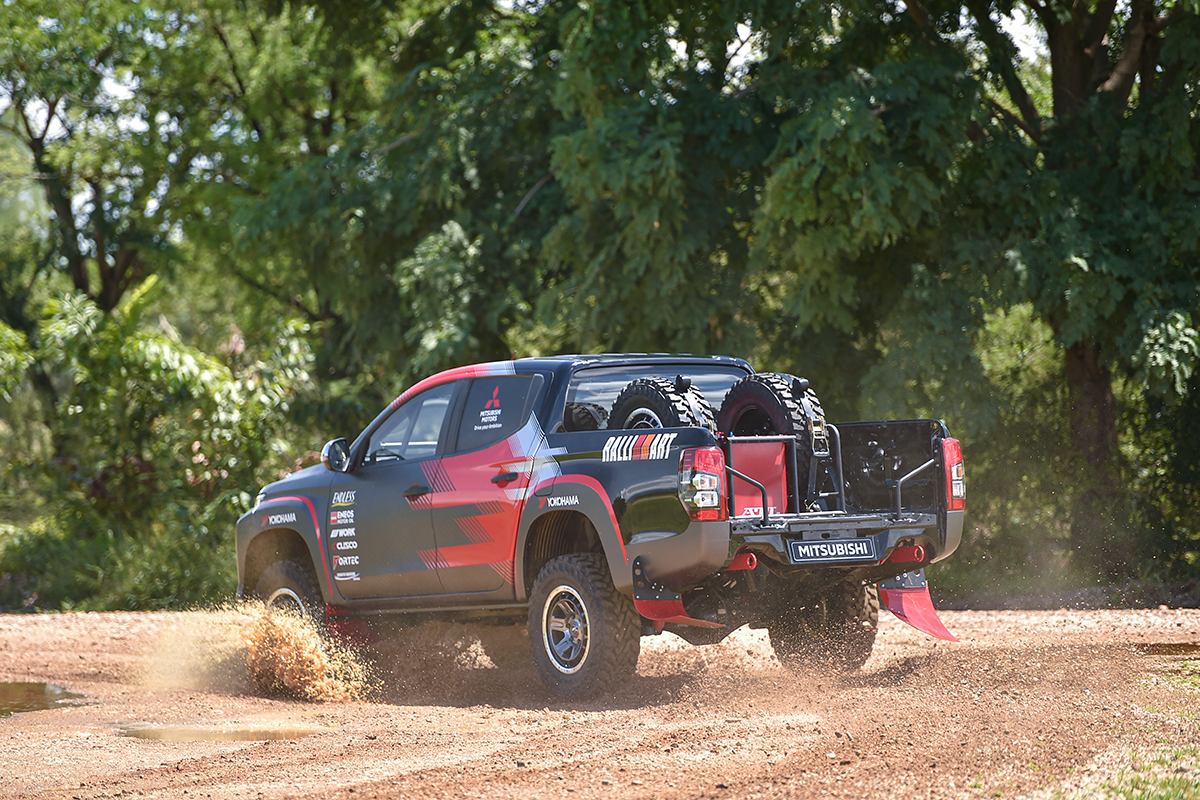 Testing of the Triton Rally Car5

Testing of the Triton Rally Car5