Download PDF[153KB]
Tokyo, September 28, 2021 – Mitsubishi Motors Corporation (MMC) announced that the 2020 Pajero Sport1 and the 2021 Outlander won SUV of the Year 20212 in Russia. Pajero Sport won in the mid-size SUV category chosen by expert jury, while Outlander won in the mid-size crossover category chosen by the general public.
Pajero Sport also earned Best New Product of the Year in Car of the Year 2021 in Russia3.
Designed with a refined, powerful exterior and high-quality interior, the Pajero Sport mid-size SUV inherits the Pajero series' off-road capability, reliability and durability, while at the same time offering comfortability and practicality. Outlander crossover SUV has been highly recognized around the world for its utility and road performance of an SUV, as well as its eco-friendliness and economy. Both models are built on Mitsubishi Motors' SUV expertise and all-wheel control technology that enable safe, secure and comfortable driving, which helped them win these awards.
"We celebrate the 30th anniversary of Mitsubishi Motors in Russia this year, and all these years, we have continued improving our cars to develop an ideal SUV for Russian roads and weather conditions," said Osamu Iwaba, president and chief executive officer of MMC Rus LLC, the official distributor of Mitsubishi cars in Russia. We see that our efforts were successful, because both expert jury and customers have highly recognized Pajero Sport and Outlander. We thank everyone who voted for these models."
1. Sold as Montero Sport in some markets.
2. SUV of the Year is an award voted by three audience groups, automotive media (expert jury), car bloggers (blogger jury) and the general public (grand jury) in Russia. This year, nearly 22,000 people from the general public voted online.
3. Car of the Year in Russia is an award voted by the general public in Russia. This year, about one million people voted online for winners in each category.
About Mitsubishi Motors
Mitsubishi Motors Corporation (TSE:7211), MMC—a member of the Alliance with Renault and Nissan—, is a global automobile company based in Tokyo, Japan, which has more than 30,000 employees and a global footprint with production facilities in Japan, Thailand, Indonesia, mainland China, the Philippines, Viet Nam and Russia. MMC has a competitive edge in SUVs, pickup trucks and plug-in hybrid electric vehicles, and appeals to ambitious drivers willing to challenge convention and embrace innovation. Since the production of our first vehicle more than a century ago, MMC has been a leader in electrification—launched the i-MiEV –the world's first mass-produced electric vehicle in 2009, followed by the Outlander PHEV –the world's first plug-in hybrid electric SUV in 2013. MMC announced a three-year business plan in July 2020 to introduce more competitive and cutting-edge models, including the Eclipse Cross PHEV (PHEV model), the all-new Outlander and the all-new Triton/L200. For more information on MMC, please visit the company's website at https://www.mitsubishi-motors.com/en/ 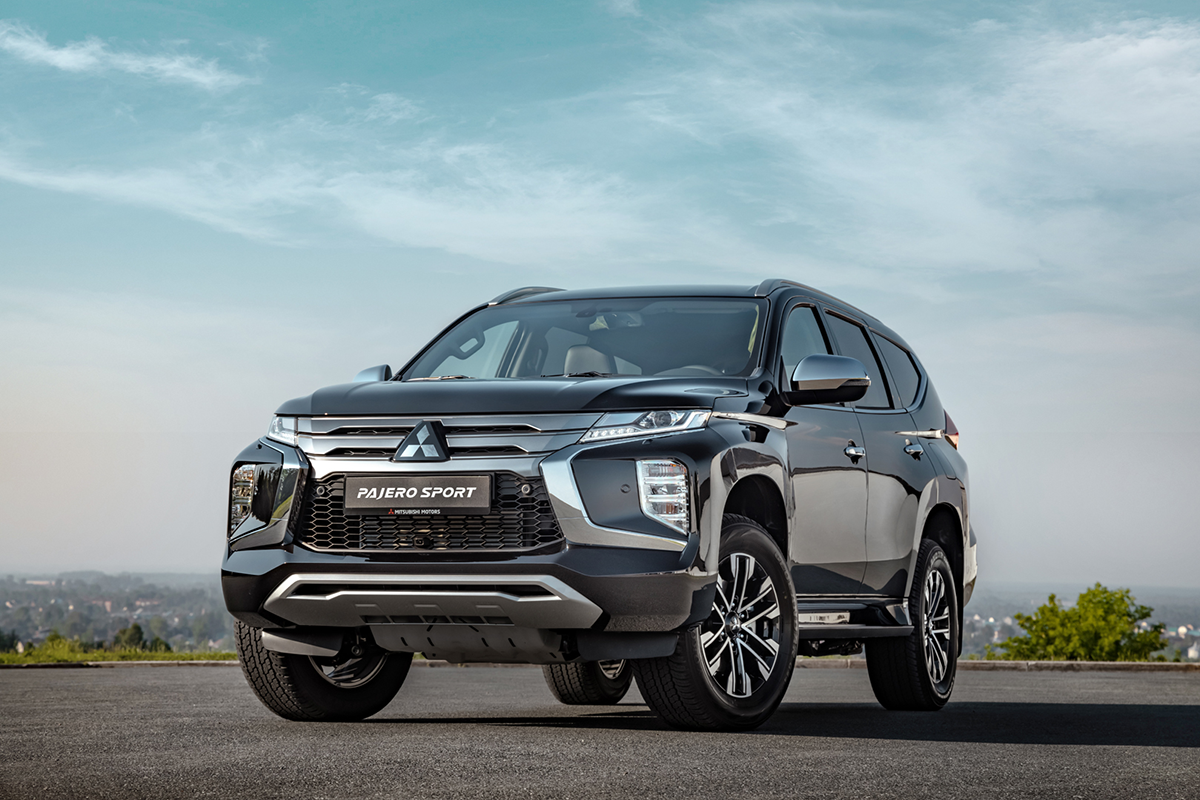 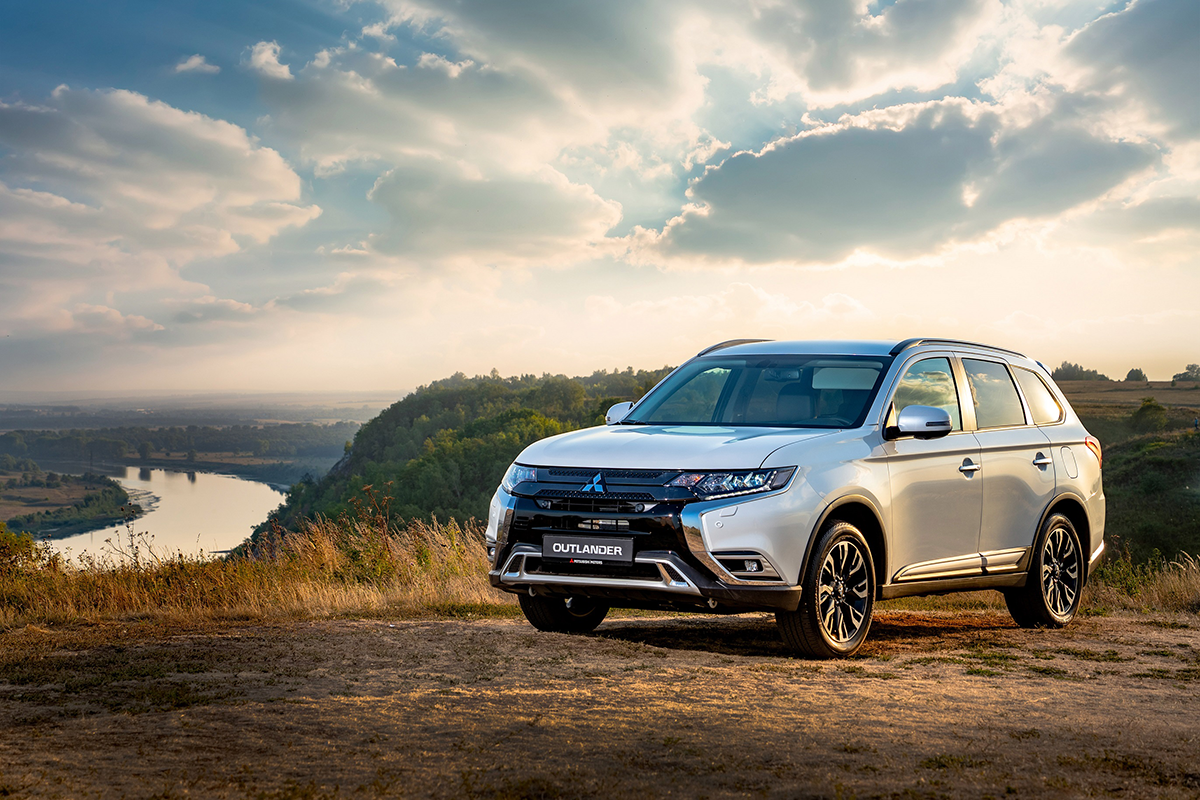 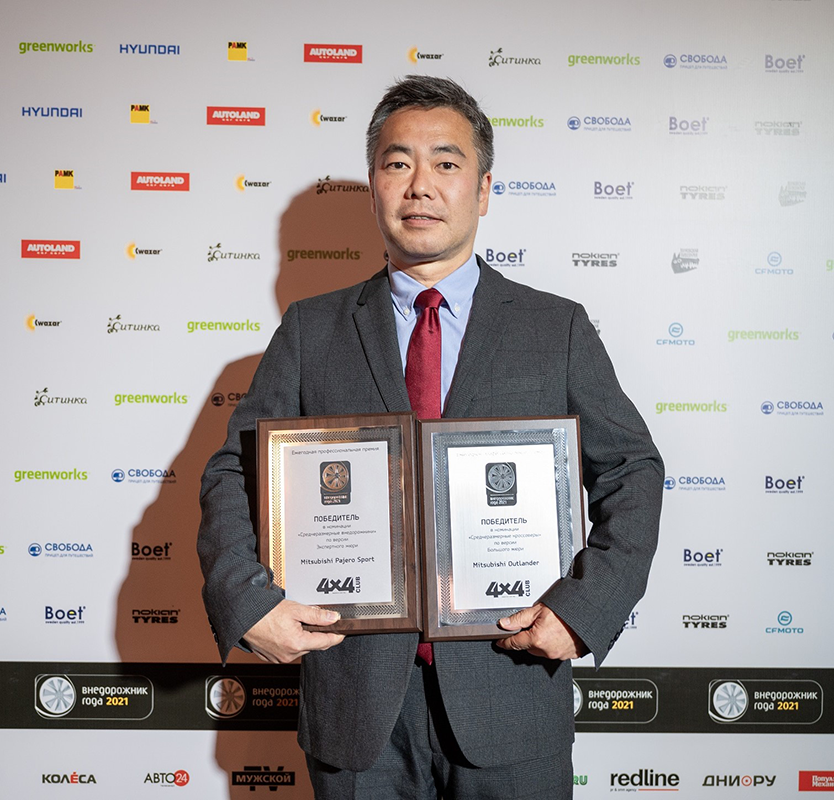 Osamu Iwaba, President and CEO of MMC Rus,
at the SUV of the Year 2021 award ceremony

Osamu Iwaba, President and CEO of MMC Rus, at the SUV of the Year 2021 award ceremony