The Dakar Rally has the reputation to be the ‘world's toughest motor race’, and it was the brainchild of French adventurer Thierry Sabine. Although the vast desert stage was its most emblematic feature, stunning natural landscapes of Africa in mountainous and dense forest areas were also part of the program. “I will show you the door to adventure. Only you can open it. I can take you along if you wish", Sabine once said. In the early days, racers competed for almost two weeks and covered an astonishing distance of 10,000 kilometers starting in Paris and finishing in Dakar, the capital of Senegal, in central Africa.

MITSUBISHI MOTORS first got involved in 1983, and claimed their first victory at their third attempt in 1985. The PAJERO/MONTERO entered the Dakar Rally 26 times and won a total of 12 victories with an unprecedented seven consecutive wins to become known to all motorsports fans around the world as the “King of the Desert”. 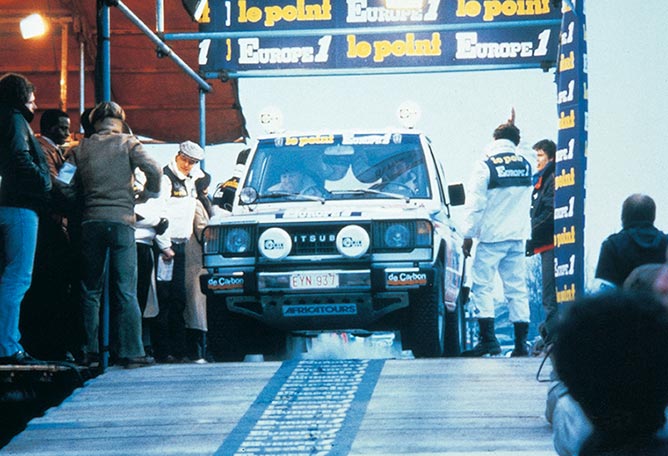 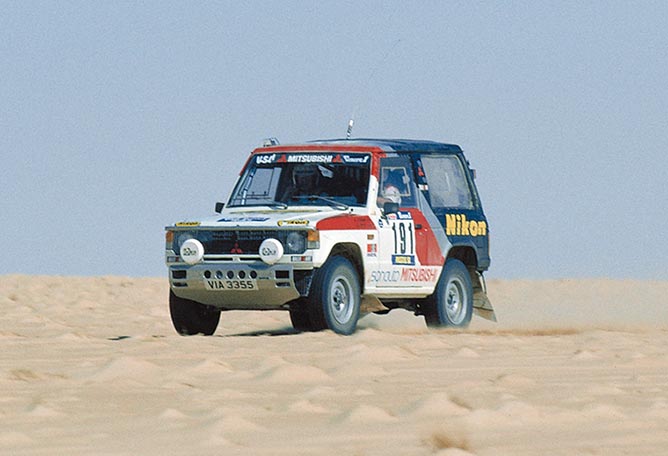 With the prototypes dominating the top rankings, the MITSUBISHI PAJERO/MONTERO finished 1st in the modified production car class and 3rd overall. 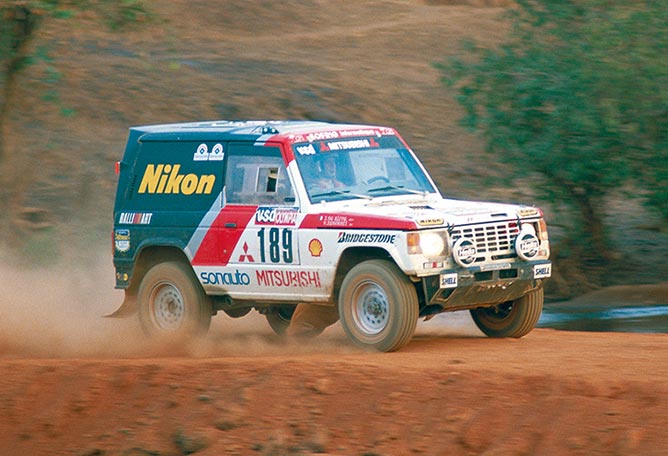 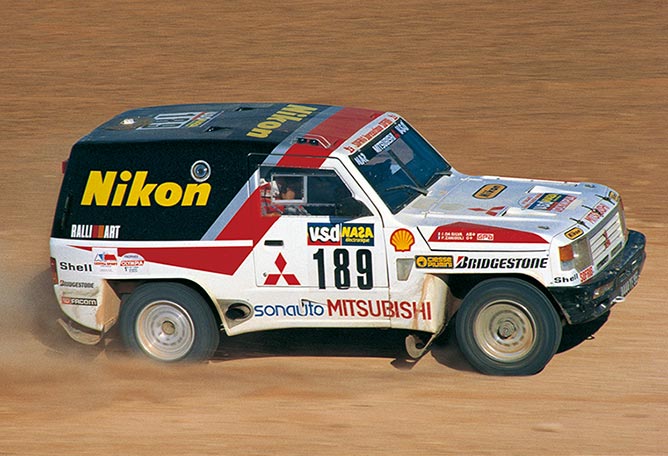 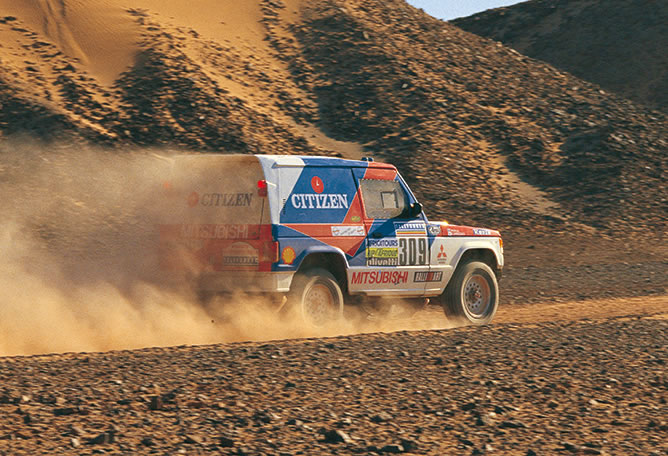 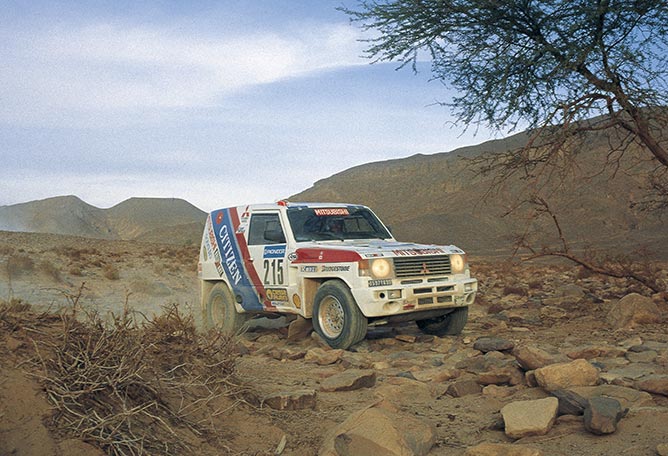 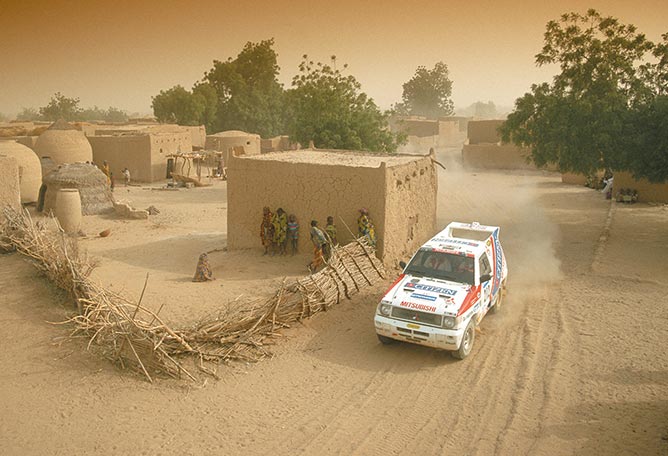 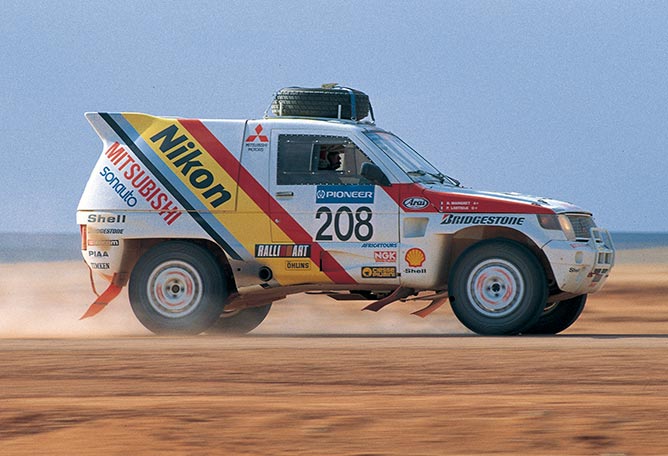 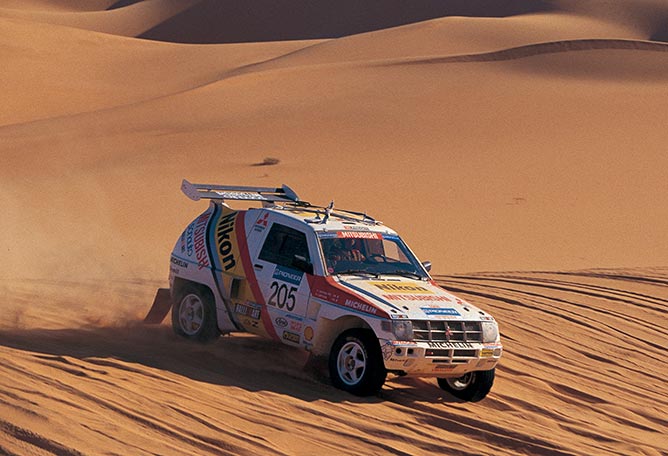 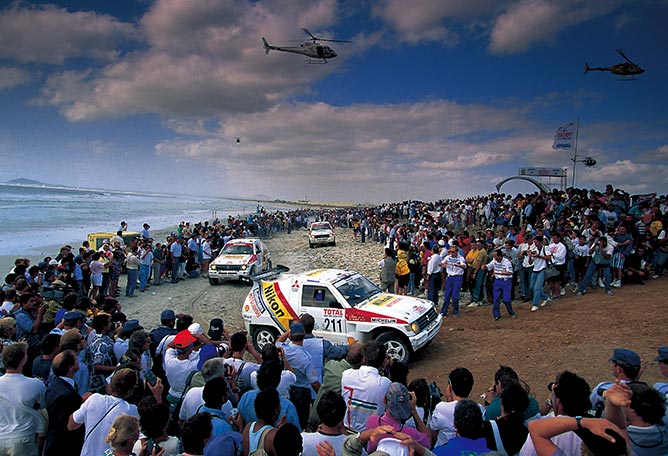 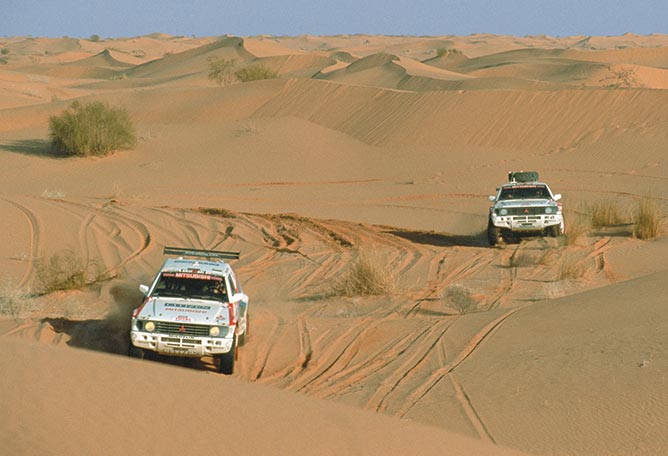 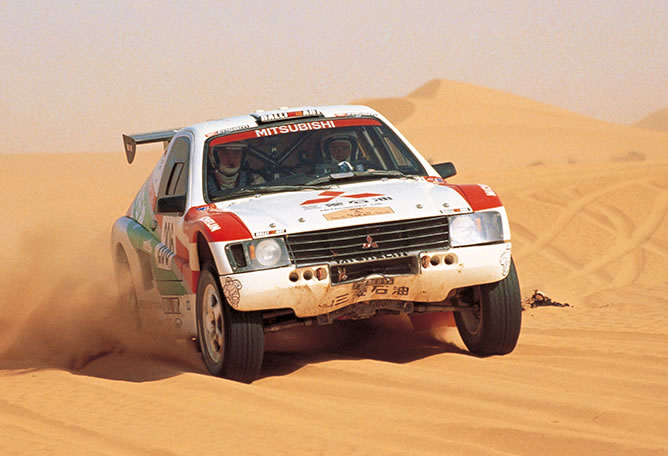 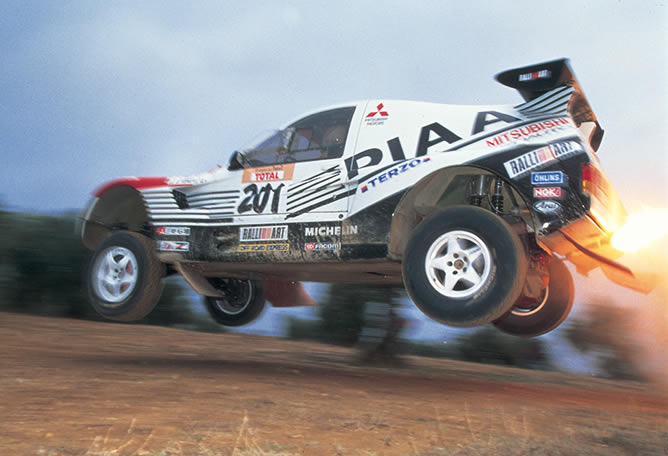 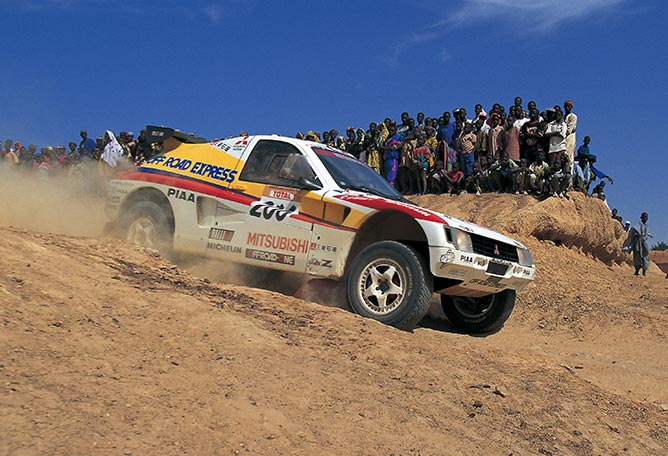 End of the Prototype era 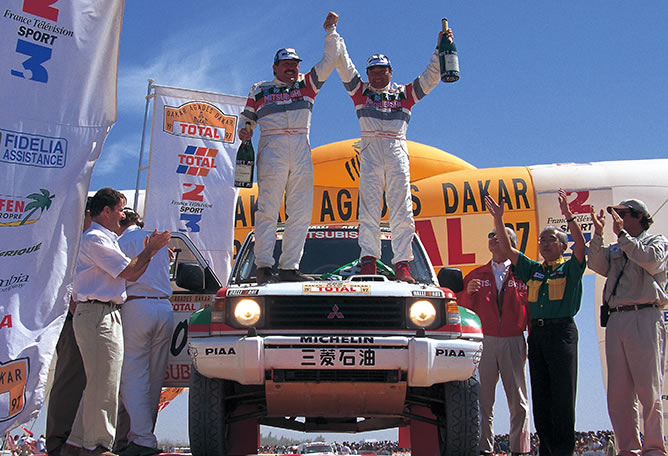 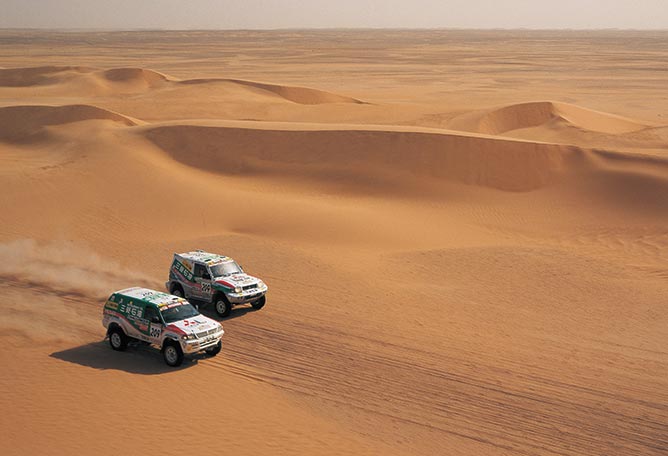 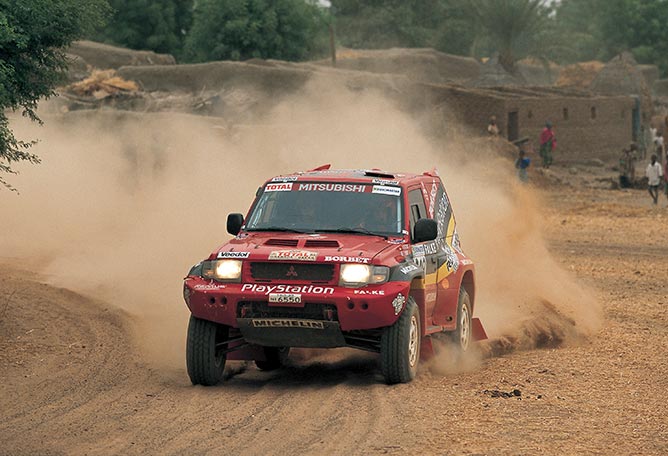 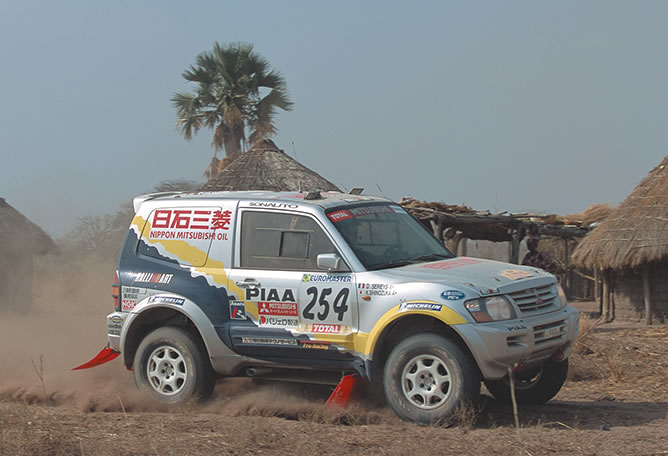 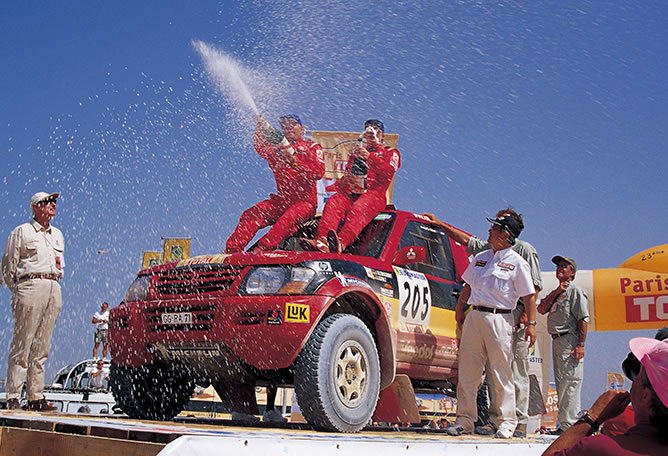 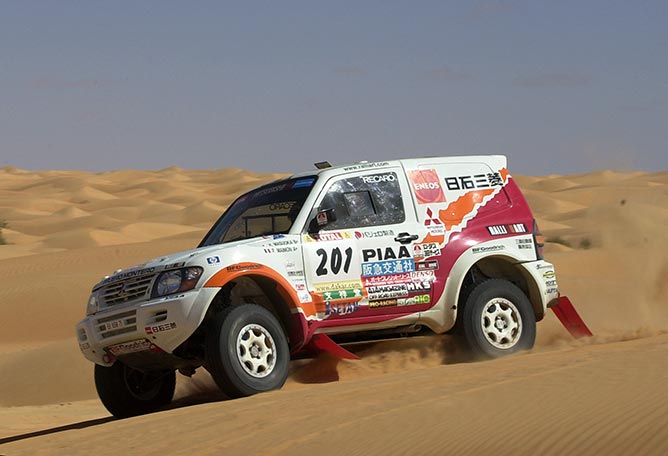 Hiroshi Masuoka wins the Dakar, overcoming the humiliating setback on the previous event 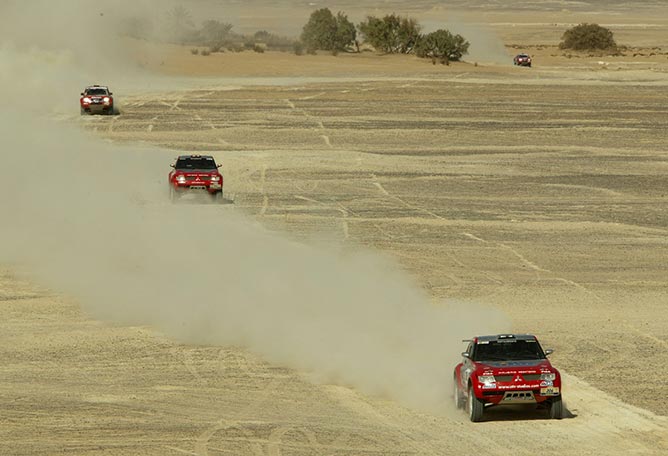 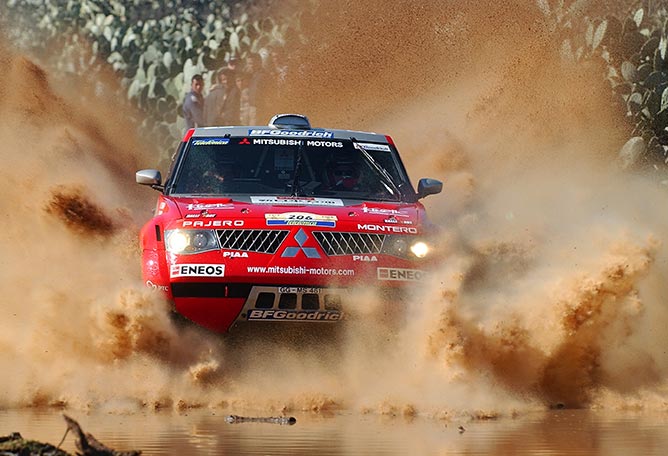 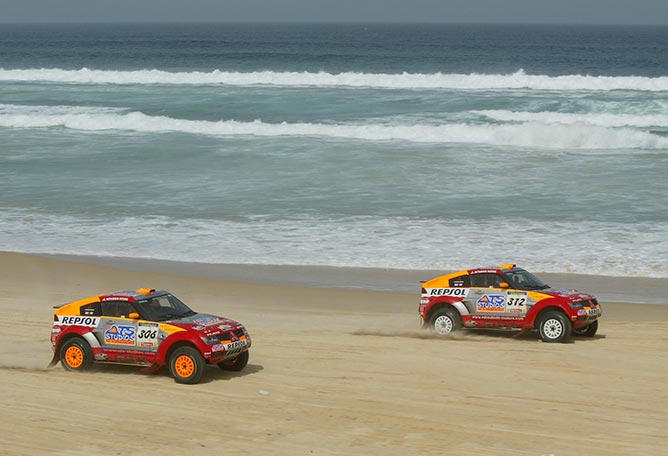 Peterhansel and Alphand pocket 1-2 finish, Peterhansel securing his second win in a row 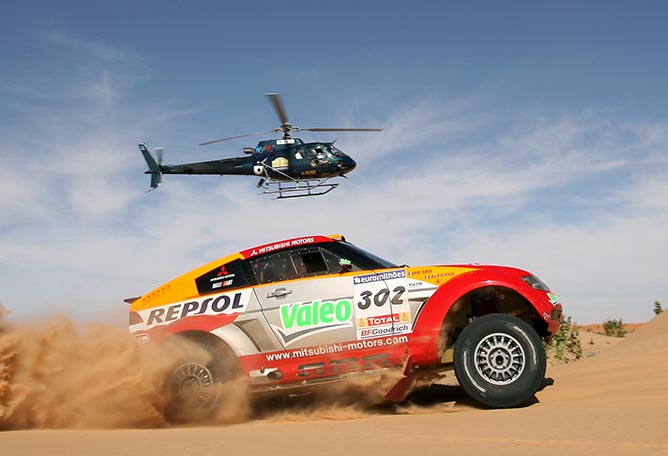 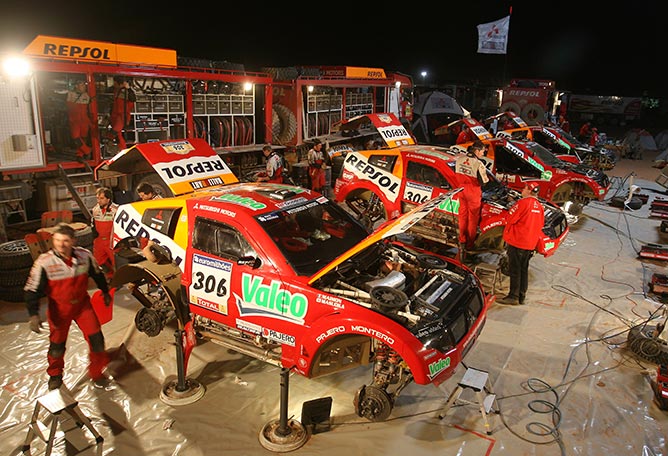 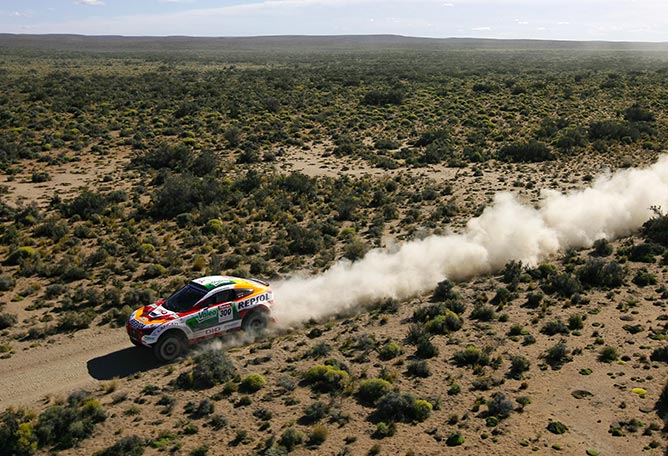